Get fresh music recommendations delivered to your inbox every Friday.

by THIS HUMAN CONDITION 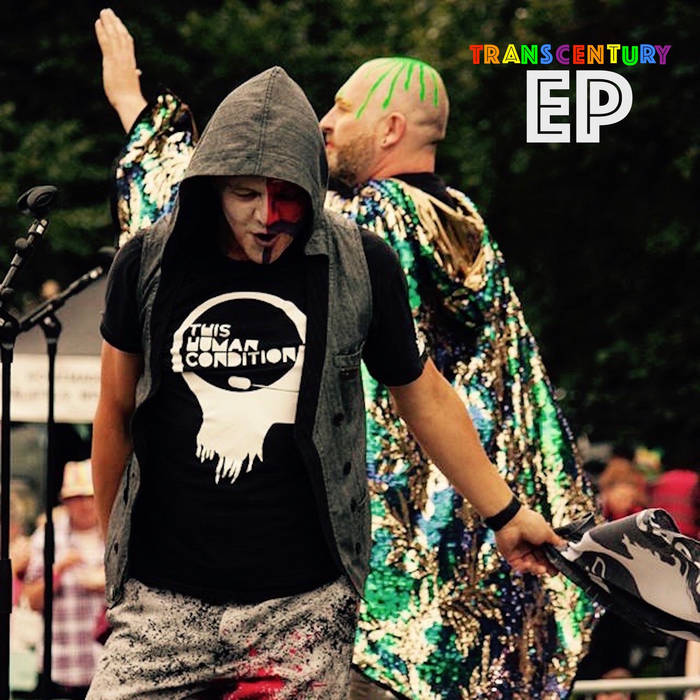 Transcentury is inspired by flamboyant characters. Transcentury is a made up word by the band, meaning people who are not afraid to be different and stand out from the crowd. The title track invites you into their world and lists the people and the albums they are inspired by and has a dance & experimental feel. Disco bunny is a positive upbeat futuristic disco-inspired track about a street performer called Pablo who dresses up as 'The Disco Bunny’. Sapphire is atmospheric synth about a man on the streets of Bristol (UK) who dresses in women's clothing and looks like a carnival queen.
Anthemic “Pride In All Of US’ is about LGSM activist Mark Ashton (Pride Movie) and is documentary in style.

Written and produced by This Human condition
Mastering Paul Whitrow

This Human Condition is an Electronic duo formed in Bristol (UK) in 2015 and blending many different styles including house, synth-pop, trip-hop, dubstep, trap, even calypso. Performing at Glastonbury Festival in 2017. They describe themselves as 'Handbag Punks' creating an electronic pick n mix. They have been described as Early Depeche Mode meets a darker Erasure. ... more

Bandcamp Daily  your guide to the world of Bandcamp